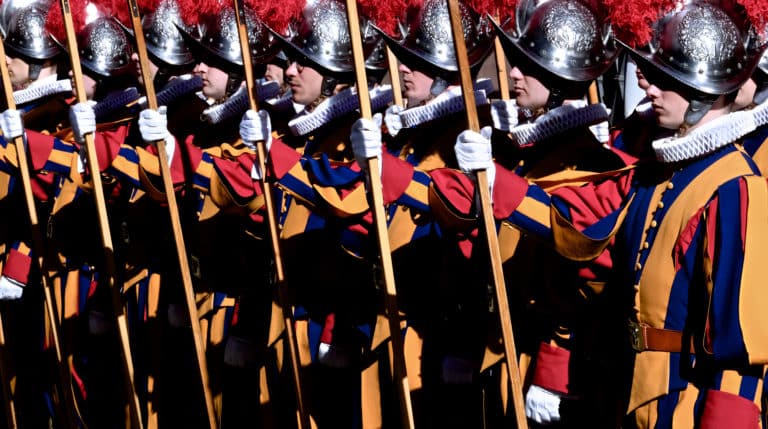 Day of the Confederation – August 1

On the occasion of Swiss National Day, the Fête des Vignerons is inviting two symbols of the Helvetic Confederation: the Swiss Pontifical Guard and Patrouille Suisse.

Day of the Confederation – August 1

On the occasion of Swiss National Day, the Fête des Vignerons is inviting two symbols of the Helvetic Confederation: the Swiss Pontifical Guard and Patrouille Suisse.

The Swiss Pontifical Guard has a long and outstanding history: in the 15th century, the poor Swiss cantons gathered troops to put to the service of the European courts as mercenaries. In 1506, Pope Jules II asked the Holy See to provide him with a contingent of 150 soldiers. Since then, the Swiss Guard has provided security for the Pope. The mission of the guards has not changed over the centuries. Today they provide security for the Holy Father and patrol the entry points of the Vatican. The Swiss Guard operates today with a force of 135 halberdiers, NCOs and officers, from all parts of the Switzerland. Guards from Valais and Fribourg are the most numerous, followed by those from Aargau. There are currently almost 1500 former guards in Switzerland. As we can’t recall the whole Swiss Guard from its posts at the Vatican, fifty former guards will come to Vevey. An information stand will be installed facing the lake. 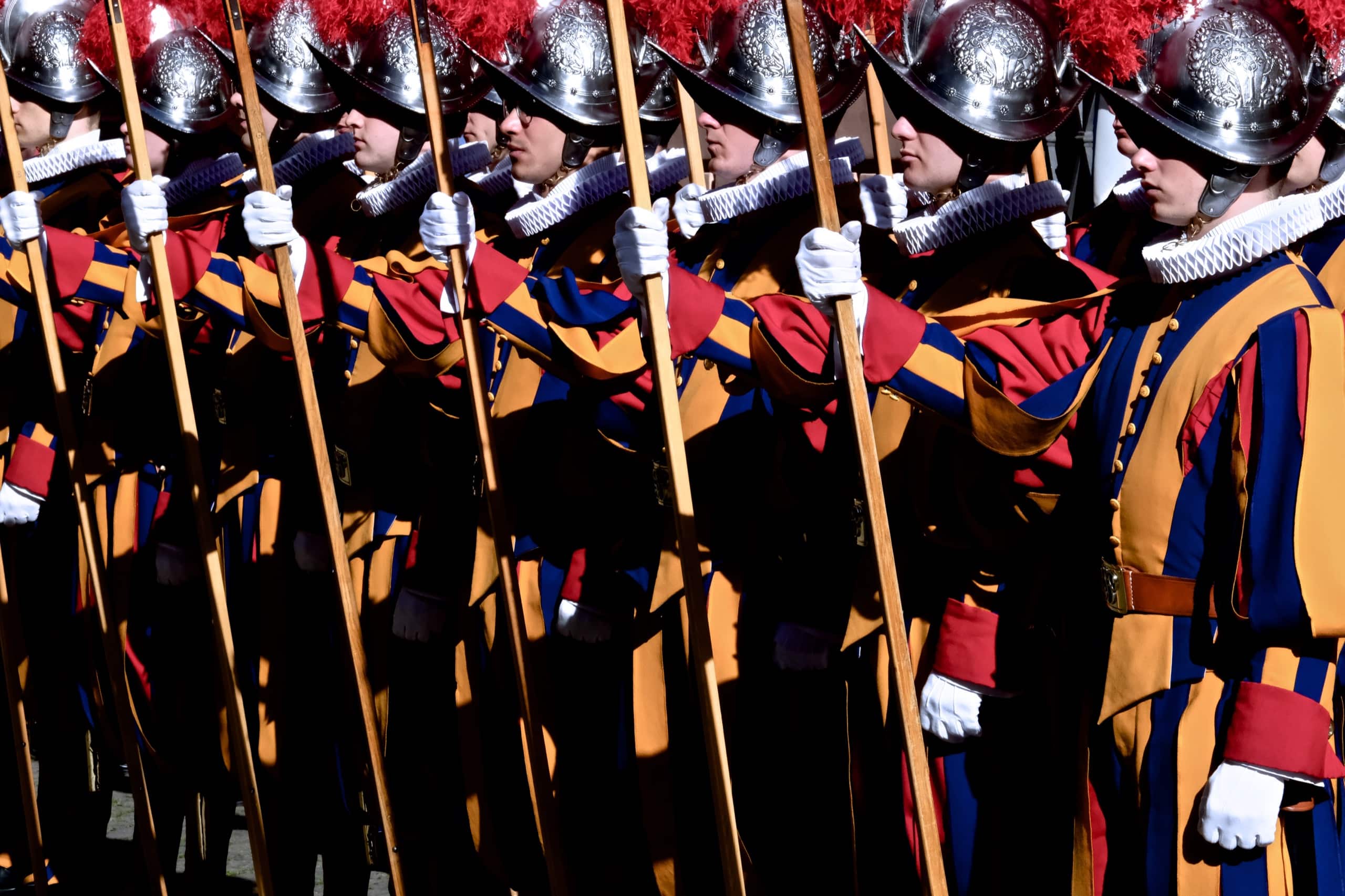 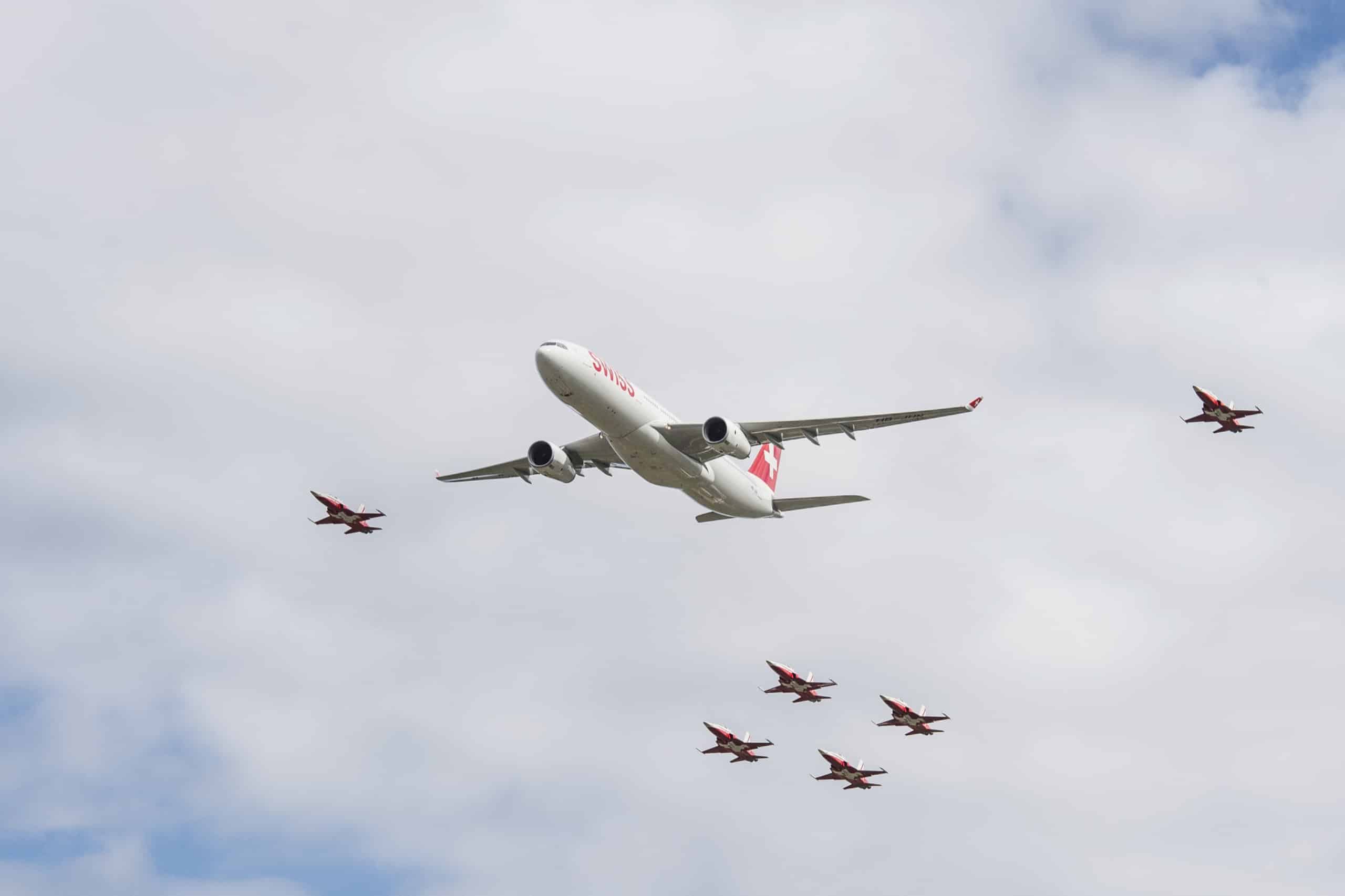 The Patrouille Suisse and its F-5 Tiger type combat aircraft painted in red with a white cross will give a demonstration at the show. A Swiss aircraft in the colours of the Fête des Vignerons will join the formation in an exceptional patrol: it will join the Patrouille Suisse for a joint demonstration of about 5 minutes. After a second appearance, this time alone, the Swiss aircraft will give way to a series of passes and festive demonstrations over the arena, the lake and Vevey.